New Places Orchestra was formed in 2010. Since then the band has done a lot of different interesting projects with guest artists as well as successful performances on their own. The band has worked with artists such as Viktoria Tolstoy, Ebbot Lundberg, Rigmor Gustafsson, Tommy Körberg, Meja, Ulf Wakenius,

The collaboration with guest artists has been important in order to reach a bigger audience. It is important, however, to make clear that the band has a strong identity on its own. When working with artists...it´s always on equal basis.

Never just as a background..... 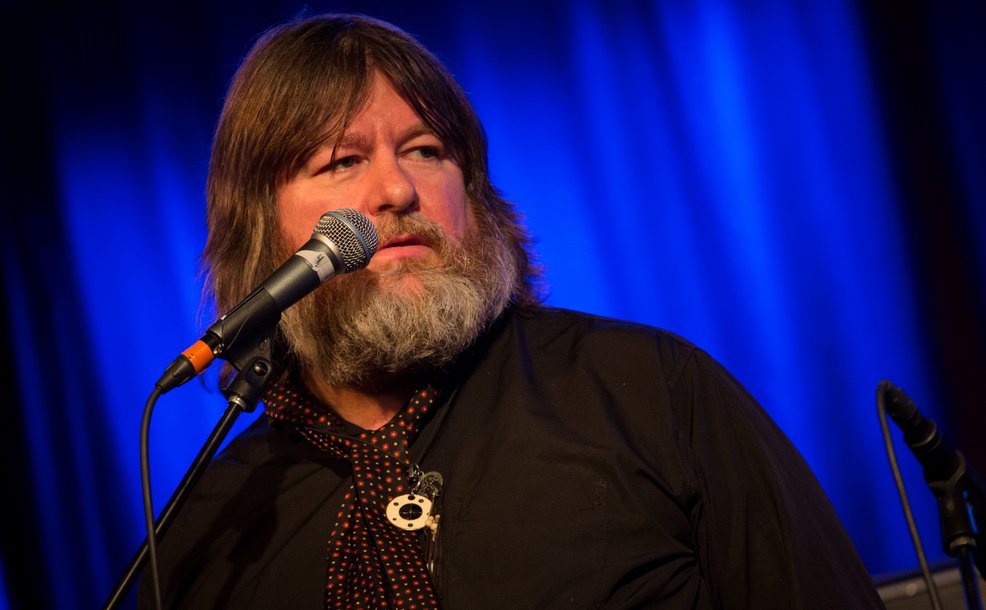 The kaftan-robed front man for pop band The Soundtrack of Our Lives, EbbotLunderg, has been on a musical journey. All jazz was like punk in the beginning – dangerous and disturbing. But jazz is not jazz without provocation. Ebbot Lundberg together with New Places Orchestra will create something very special.

Ebbot was born as Torbjörn Lundberg in Västerås in 1966. The nickname “Ebbot” came about at a party where everyone spoke backwards. In addition tothe titles songwriter and lyricist, he can write magician and producer on his business card. The road leading to today’s iconic status has gone via the Norwegian-Swedish punk band Sure Tråkings Trio, 1981 – 83, and Union Carbide Productions, 1987 – 93, to arrive in the international success of The Soundtrack of Our Lives, 1995--2012.

The fact that Ebbot now chooses to work with New Places Orchestra is perhaps an expression ofa punk-like yearning for freedom. This is definitely a new soundtrack in his career. The repertoire reflects differents aspects of Ebbots personality.

Some of the somg are from the Union Carbide years and some from The soundtrack of or lives songbook. There are also a couple of covers included in the show.